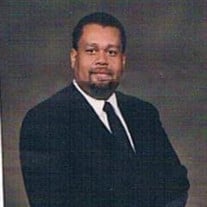 Celebrating His Spirit . . . Phillip Myers Johnson was born on December 29, 1952 in Covington, Kentucky, to the union of Henry Turner Johnson and Alice Juanita Myers (nee) Johnson. He peacefully entered eternal rest on Sunday, February 6, 2022, into the arms of The Lord. Phillip, affectionately known as "Phil," was the 10th of 12 children born to Alice. Following the death of his father, his mother moved him and his siblings to Madisonville in Cincinnati, OH. Phillip attended Madisonville Elementary School, Lyon's Jr. High School and graduated from Withrow High School in 1971. Phillip’s life-long dream was to become a funeral director and embalmer. In 1971, he started working toward his chosen career at Maxey's Funeral Home. In 1974 he married, and two years after their union, they were both blessed with one daughter, Beverly Ann Johnson. After the passing of his mother in 1978, Phillip decided to continue pursuing his passion in the funeral business. He worked for Renfro Funeral Services during his journey, where he performed various duties and used his strong singing voice to comfort families during their time of bereavement. Later, he joined Johnson-Brown Funeral Services, where he continued learning and assisting in services. He also began making fresh floral arrangements for funerals. His beautiful arrangements inspired him to start a business, “Flowers by Phil.” Phillip sealed his love for The Lord by being baptized at New Jerusalem Apostolic Temple under the leadership of the late Elder Alfred H. Nickles. He had a servant's heart and showed it by singing in the choir, serving as an usher, and later, becoming a Deacon. Phillip received an honorary Doctorate from the Apostolic College of Grace and Truth, proudly giving him the title of Deacon Dr. Phillip Johnson. He enjoyed spending time with his family and extended family. God blessed him with an amazing singing voice that he used to give God praise and to bless others. When he could not get around, he was known to call friends and sing a special gospel song to lift their spirits. Phillip was preceded in death by his sisters, Darlene Bearfield, Yvonne Hodge, and Tonja K. Johnson (nee) McCullar; brothers, Larry E. Hodge, Shawn T. Johnson, and Mark D. Johnson. The memory of Phillip M. Johnson will be cherished and celebrated by his daughter, Beverly Ann Johnson-Parraz (Robert); sisters, Bernice Marshall, Edna Nelson, and Suenita Johnson; brothers, Kevin T. (Ernestine) Johnson, Timothy W. Johnson and a host of nieces, nephews, and other relatives and a community of loving friends.

The family of Phillip M Johnson created this Life Tributes page to make it easy to share your memories.

Send flowers to the Johnson family.