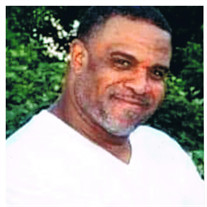 Celebrating His Spirit Keith Anthony Chambers was born on March 15, 1964 in Cincinnati, Ohio to the union of Wanda and Arthur Chambers Jr. He departed this life on April 7, 2019 into the arms of The Lord. Keith, one of four children, grew up in Madisonville. He attended Cincinnati Public Schools and graduated from Woodward High School. He attended Central State University for a few years before entering The United States Navy. He served his country from October 4, 1988 until he received his honorable discharge on September 29, 1991. He was blessed with a larger-than-life personality that brought joy to everyone he met. Keith was a wonderful father who protected his loved ones and supported them in all of their endeavors. He worked hard to provide for his family, all of whom he loved unconditionally. Keith was a jokester, a talented artist and an outstanding football player at Central State. His love of football turned into a coaching career. Keith worked as a semi-pro football coach for the 3X League and the AA National Championship for The Cincinnati Hawks and King Comets. He also earned his Brown Belt in Taekwondo. He married Tracey Chambers in 1989 and their union was blessed with two children, Britton and Ashley Chambers. Tracey tragically preceded him in death in 1995. Keith had pledged his love and devotion to his fiancé’ Latanya Napier and her two children, David and Nikiya Napier. Keith was preceded in death by his parents Wanda and Arthur Chamber Jr. and his wife, Tracey. His loving spirit will forever be cherished by his children, Britton (Jazmine) and Ashley; his fiancé, Latanya Napier; his siblings, Tanya Chambers, Candy Wilburn, Carlos Chambers, Winston Ballew; grandchildren, Jayden Smith and Daryl Miller; nieces and nephews, Demyah Jackson, Donovan Jackson, Vincent Rayford, Carlos Chambers Jr., Catrice Chambers, James Chambers, Whitney Ballew, Madyson Sandridge and Winston Briggs. He will also be dearly missed by special friends, Kenny Green, DeJuan Shaw, Richard Walton, Jon Coleman, Kendrick Napier and his “little sidekicks,” Key’Shira, KaNiyah and Kendrick Napier.

Celebrating His Spirit Keith Anthony Chambers was born on March 15, 1964 in Cincinnati, Ohio to the union of Wanda and Arthur Chambers Jr. He departed this life on April 7, 2019 into the arms of The Lord. Keith, one of four children, grew... View Obituary & Service Information

The family of Keith Anthony Chambers created this Life Tributes page to make it easy to share your memories.

Send flowers to the Chambers family.