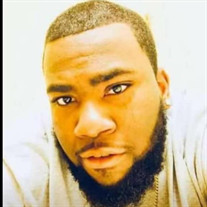 Celebrating His Spirit Tre&#8217;vor Rashawn Wilson was born on August 18,1998 in Cincinnati, Ohio to the loving union of his parents, Rashawn Wilson and Crystal Gilchrist. Tre&#8217;vor was the only child to bless the life of Rashawn, who... View Obituary & Service Information

The family of Tre'Vor R. Wilson created this Life Tributes page to make it easy to share your memories.

Celebrating His Spirit
Tre’vor Rashawn Wilson was born on August...

Send flowers to the Wilson family.