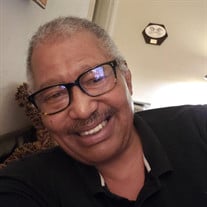 Celebrating His Spirit Stephan Lawrence Schwering , 67, of Cincinnati, Ohio was born July 7, 1954 in Cincinnati to the union of Pearl Leahr Schwering and Joseph Edward Schwering, Sr.  He passed away suddenly on March 30, 2022 into the arms of The Lord.   Steve attended South Avondale Elementary, Silverton Elementary, Schroder Junior High and Woodward High Schools.  He also studied at Xavier University and The University of Cincinnati.  He was raised in St. Andrews Episcopal Church, where both he and his father served on the vestry. His extensive working career included positions in a variety of fields, including government service, retail, education and his own business.  His varied passions and interests spanned across family, animals, music, antiquing, the arts, social justice, current events, travel and photography.  His spirit will live on through the beauty of the images he captured in his photographs. Throughout his life, Steve demonstrated  his love for people, openness, an insight to others and endearing charms.  As a young child,  when his family moved to Silverton, he announced he was going to "go out to make some new friends." And he did exactly that.  This pattern of reaching out to others continued throughout his life in his schools, his communities, his work, and his travels.  While he encountered many strangers during his life, he had a unique talent for  quickly converting them to the status of “friend. “ And his sense of humor was unsurpassed in its quirky precision.  Many a sticky situation was defused by Steve with this skill.  One of his mottos was, "Try to leave 'em laughing!"  And so often, he did! Steve was preceded in death by his beloved parents;  his maternal grandparents, Robert E. Leahr and Rozelia Bradshaw Leahr;  his paternal grand-parents, Herman Schwering and Clara Hurst Schwering Billings; his great uncle and aunt, Joseph Hurst and Althea Chapman Hurst;  his father-in-law, Robert E. Sirois;  his brother-in-law, David R. Sirois, and many extended family members, all of whom he deeply loved.   Steve is survived by his son, Mitchell Stephan Schwering;  his former wife of 30 years, Sandra Sirois Schwering (Although Steve and Sandy divorced in 2013, their friendship and family ties have endured) ; his brother and sister-in-law, Joseph Schwering, Jr. and Diana Fleming Schwering;  his mother-in-law, Margaret C. Schmutte Sirois and his brother-in-law, Richard D. Sirois. He will also be remembered by a host of family and friends and his cherished cat, Becca.  Steve's memory can be honored by acts of kindness to others and/or donations to the charity of your choice.  The International Dyslexia Association at www.dyslexiaida.org or Amnesty International at www.amnesty.org are organizations Steve probably would have chosen for this purpose. Steve's body is at rest… his soul is freed… and his spirit is with our Lord.  He lives on in those he loved and in those who loved him.

Celebrating His Spirit Stephan Lawrence Schwering , 67, of Cincinnati, Ohio was born July 7, 1954 in Cincinnati to the union of Pearl Leahr Schwering and Joseph Edward Schwering, Sr.  He passed away suddenly on March 30, 2022 into the arms... View Obituary & Service Information

The family of Stephan L Schweriing created this Life Tributes page to make it easy to share your memories.

Send flowers to the Schweriing family.