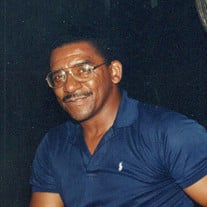 Celebrating His Spirit. . . Kenneth Gary was a shining star born on August 22, 1957 in Cincinnati, Ohio. Kenneth, the “baby boy,” was the sixth child born to William and Rosemary Gary. He ascended into a place of peace on June 21, 2015. Kenneth , affectionately called “Tank” and “Sarg,” grew up in Cincinnati, Ohio and attended Woodward High School , graduating with the proud class of 1976. He furthered his education at The Ohio State University. Upon returning to Cincinnati he worked as a manager for Shillito Rike’s , where he made many dear friends. He later enrolled in Xavier University, obtaining a degree in Marketing. As his life grew bigger and vast, he joined the Team of Access Transportation. His outgoing, infectious personality and commitment to excellence earned him instant friendships and respect from his co-workers and everyone he met. Kenneth loved people and embraced life to the fullest . His true passion and calling was photography and traveling to Chicago for “Taste of Chicago.” As a photographer, he had the ability to make a picture say more than a thousand words. Saturday was Kenneth’s day for making his famous oatmeal for breakfast then enjoying a day of sports. Kenneth loved his family and played an important role in raising all of his nephews and nieces and taking time out to be with them. He was simply a beautiful person inside and out. He partied like a rock star; loved us like a father and worried about us like a mother. Kenneth, our complete “Renaissance Man,” leaves to cherish his memory his siblings, William Gary Jr., Yvonne Driessen, Robert Gary, Denise Gary; nephews, Sylvester McNeil, Robert Gary Jr., Bernard Gary Jr., Byron Gary; nieces, Domonique Driessen, Devon Driessen, Deanna Driessen, April Gary Perry, Amber Gary, Gracie Gary, Kelcie Perry, Katelyn Perry; The Spaulding family, all of whom were dear to his heart.; Greg, Mike, Cynthia , Keith , Ida Spaulding and especially “slick Rick,” his road dog; his cousin, Karen Gibson., Charlie Davis, Marvin Hicks, Linda Hicks; great nieces and nephews; Aiden Daniel, Donovan Driessen, Kaymar Gary, Riley Gary and Bernard Gary III. His memory will also be cherished by a host of friends including, Malcolm Timmons (his best buddy for over 50 years), Ray Will, James Porter, Buddy Love, Mike Clemens and Derek Elder.

Celebrating His Spirit. . . Kenneth Gary was a shining star born on August 22, 1957 in Cincinnati, Ohio. Kenneth, the &#8220;baby boy,&#8221; was the sixth child born to William and Rosemary Gary. He ascended into a place of peace on... View Obituary & Service Information

The family of Kenneth Gary created this Life Tributes page to make it easy to share your memories.

Celebrating His Spirit. . .
Kenneth Gary was a shining star born...

Send flowers to the Gary family.