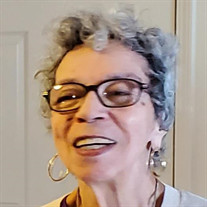 “A Look Into Her Ministry” To Her Legacy Gloria Ann Porter was born on May 10, 1931 in Cincinnati, Ohio to mother, Cornelius Johnson. Gloria, affectionately called "Suga' lump" and "Grandma" by family and friends, ascended into heaven on May 3, 2022. She grew up in South Cumminsville on Baptist Hill and attended Garfield Elementary School and Hughes High School. Passionate about community service, she began her ministry as a teenager in housekeeping. After over 20 years of service, she retired from Bethesda Oaks Nursing Home. Throughout the years she volunteered at Salvation Army, The Soup Kitchen and The Freestore Foodbank, where she served the homeless. She was brought up in church as a child by her maternal grandmother, where she grew a love for The Lord. Gloria was active in her church, First Baptist Church of South Cumminsville, where she was a member for 77 years. She worked as Women's Day chairperson, served as a member of The Fun Day Committee, a teacher in Vacation Bible School, treasurer of the Pastoral Choir, member of the Adjust Choir and kitchen helper. Gloria grew up with Joseph Sidney Porter and began dating him at the age of 15. It wasn't long after this, "match made in heaven," that the couple got married. They enjoyed life and love together for 68 years until he was called home in 2020. Their union was blessed with one son, Joseph Sidney Porter II, whom she loved dearly and unconditionally. They had a special bond that carried them to eternity. He preceded her in death in 1994. We know she is delighted to join late husband, Joseph Porter I; son, Joseph Porter II; mother, Cornelius Johnson; and siblings, Robert Bradford Sr., Buddy Hodge Sr., Rosa Blair, and Viola Lawrence. Her loving spirit will forever be cherished by daughter-in-law, Patricia Porter; brother, Donald Johnson; two grandchildren Jaren (Darrell) Finney, Joseph Sidney (Cristi) Porter III; great-grandchildren, Ashley Morris, Rashene Morris II, Yasmeen Porter, Joseph Porter, Lailah Porter and one great-great granddaughter, Olivia Rose Caldwell. Gloria Ann will be dearly missed by her brother, daughter-in-law, goddaughter, grandchildren, great­ grandchildren, great-great granddaughter, nieces, nephews, church family, and a host of other family and friends. Obituary written by great-granddaughter, Yasmeen Porter

&#8220;A Look Into Her Ministry&#8221; To Her Legacy Gloria Ann Porter was born on May 10, 1931 in Cincinnati, Ohio to mother, Cornelius Johnson. Gloria, affectionately called "Suga' lump" and "Grandma" by family and friends, ascended into... View Obituary & Service Information

The family of Gloria Ann Porter created this Life Tributes page to make it easy to share your memories.

“A Look Into Her Ministry” To Her Legacy

Send flowers to the Porter family.