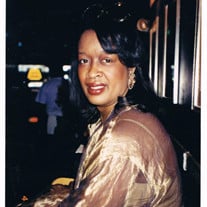 His instructions: People should go to Youtube and type in Mt. Zion Baptist Church ; once into youtube, type in Bernette Bullock and it will attach to the streaming. Bernette Love Bullock “Such a wit is hard to fine.” God blesses some of us with a light that draws people in to enjoy its warmth. Bernette Love Bullock was one of those special people anointed to share her warmth, wit and laughter with others. Bernette, who was affectionately called “Bernie,” by family and friends, was born on October 10, 1946 in Cincinnati, Ohio to the union of Johnnie B. (Hilton) and Leamon L. Love. Both of her parents preceded her in death. God called Bernette home on Monday, January 3, 2022 after a long illness. She grew up in Lincoln Heights the first 12 years of her life. She moved with her family to Wyoming, where she graduated with honors from Wyoming High School. She joined the Mt. Zion Baptist Church in her teen years and remained a member of Mt. Zion until her death. She attended The Ohio State University on a partial scholarship and graduated with a Bachelor of Science degree in Speech and Hearing Therapy. After graduating from OSU, Bernette began her working career as a buyer for the former McAlpins Department Store. She married her college sweetheart, Marvin D. Bullock Sr. on March 23, 1968. To this union two sons were born, Myron K. Bullock and Marvin D. Bullock Jr., who preceded her in death. She was later hired by The Procter & Gamble Co. (P&G) to work in a number of administrative management positions. She was the first female to be promoted beyond entry level P&G’s General Credit Office. She worked briefly as a management associate at Avon Products and as an Eastern Area Sales Representative for Phillip Morris Industrial Inc. Bernette was also a part-time accounts receivable manager for several small businesses. Bernette was a life-long, avid reader. She often checked out bags of books from the library and traveled the world through her reading. Bernie also enjoyed shopping, dancing and being a grandmother to her twin grandchildren. She lent her talents to many organizations as a volunteer. She served on the board of trustees of Talbert House, Housing Opportunities Made Equal, The Superintendent Advisory Committee, The Springdale Parents Teachers Association, The Arts Consortium and The Cincinnati Black Ambassadors. Bernette was also a member of the Alpha Kappa Alpha Sorority, Women With a Purpose and The Girl Friends, Inc. Her memory will be cherished by her loving husband, Myron D. Bullock; three brothers, John L. Love, Ellsworth (Revella) Love and Wyatt Ward; two grandchildren, Yamari and Marvin D. Bullock III; one sister, Winifred Ward Payne; one great-granddaughter, Jermanii Griewe. She will also be missed by many, many other relatives and friends.

His instructions: People should go to Youtube and type in Mt. Zion Baptist Church ; once into youtube, type in Bernette Bullock and it will attach to the streaming. Bernette Love Bullock &#8220;Such a wit is hard to fine.&#8221; God blesses... View Obituary & Service Information

The family of Bernette Natelle Bullock created this Life Tributes page to make it easy to share your memories.

His instructions: People should go to Youtube and type in Mt....

Send flowers to the Bullock family.